No amount of superlatives could do justice to a breathtaking bird on a glorious day in a spectacular location. We arrived at Penally, near Tenby in Pembrokeshire at 8:30 following a 4.5 hour drive. The Great Spotted Cuckoo showed on and off until 9:30, but very distantly, before finally flying off over the sea to nearby Caldey Island, and for a long while it seemed it was gone for good. We walked up to Giltar Point and watched the Choughs, and then down to the marsh to listen to the Cetti's Warblers and generally admired the Pembrokeshire coastal scenery and soaked up the warm spring sunshine. Finally at 13:30 we decided to call it a day and head home. We had driven about 20 miles from Penally when news broke that the Cuckoo was back! We immediately turned the car around and half an hour later we were watching the bird at close range as it fed on the golf course. We arrived home at 20:00. What a bird, what a day! 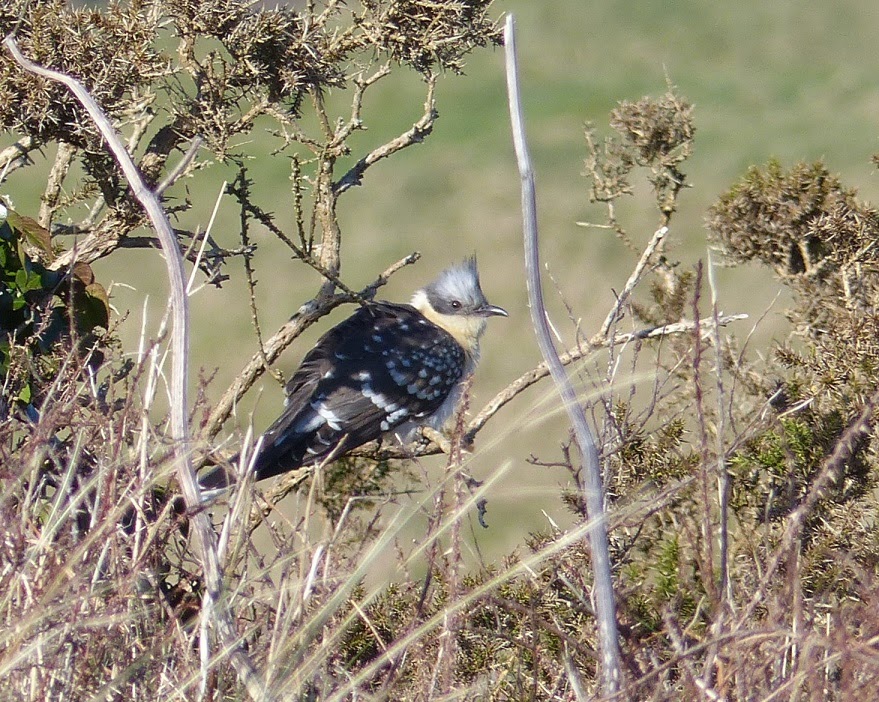 Now that's what I call a bird! Great Spotted Cuckoo. 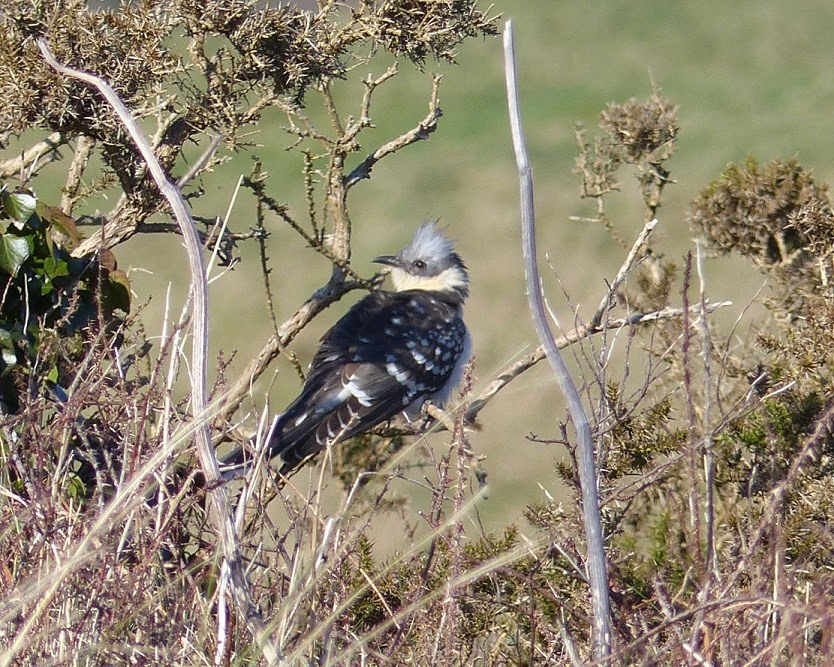 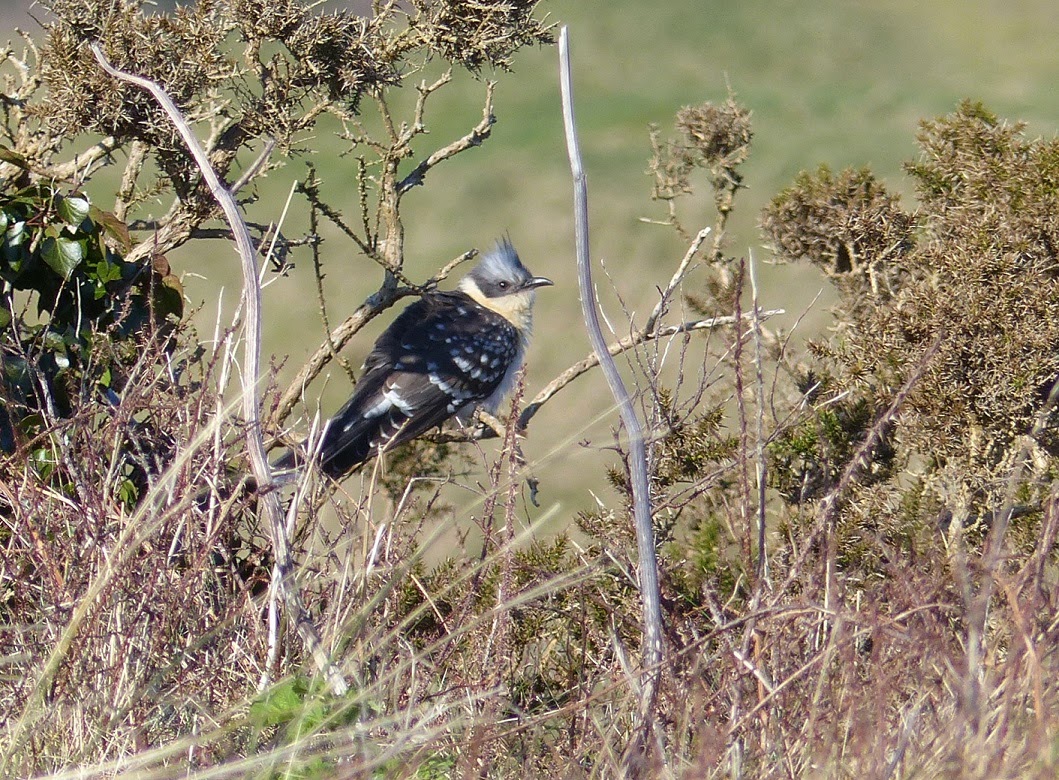 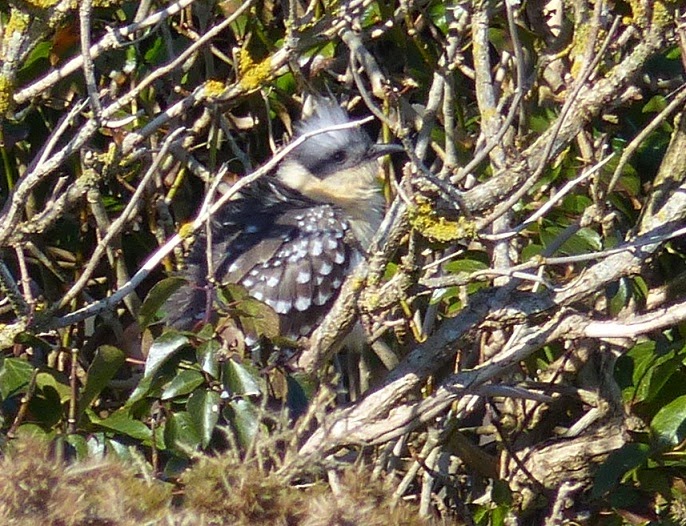 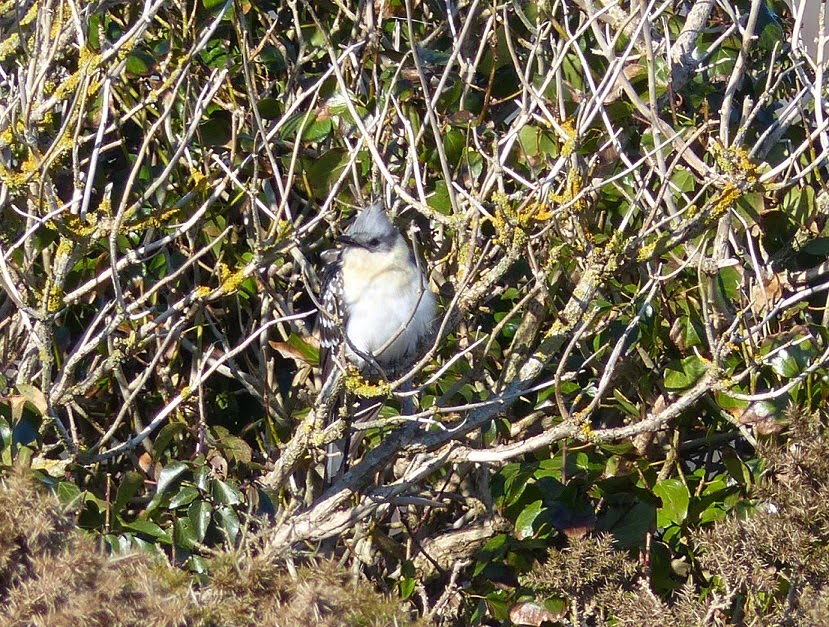 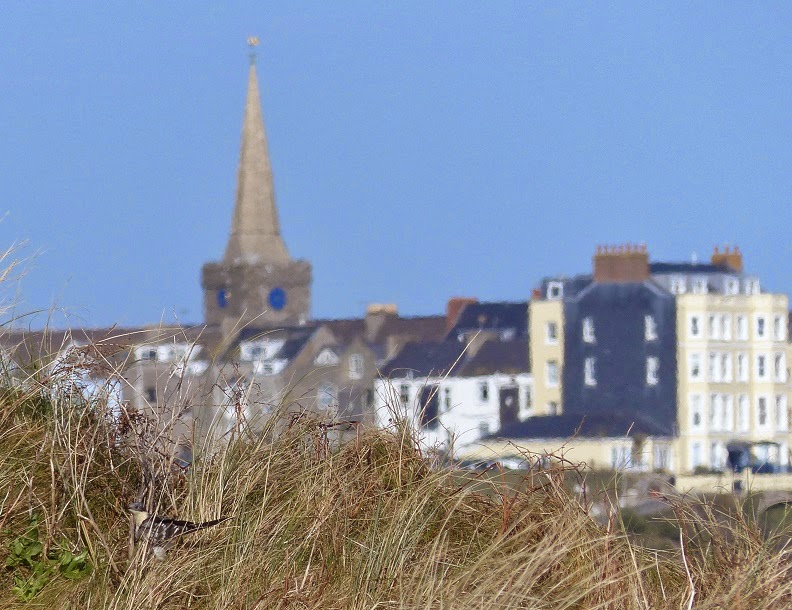 Great Spotted Cuckoo with Tenby in the background. 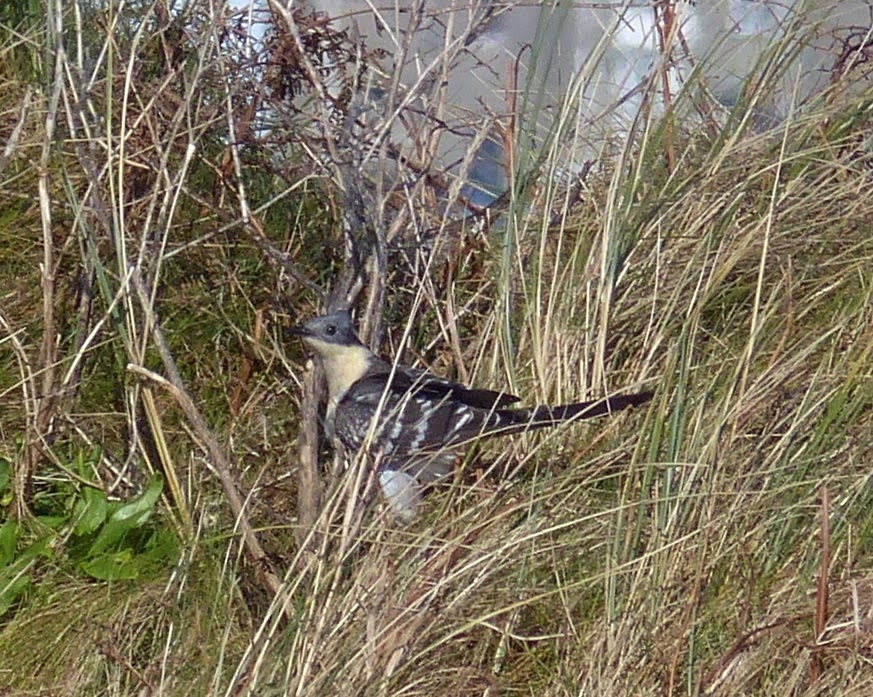 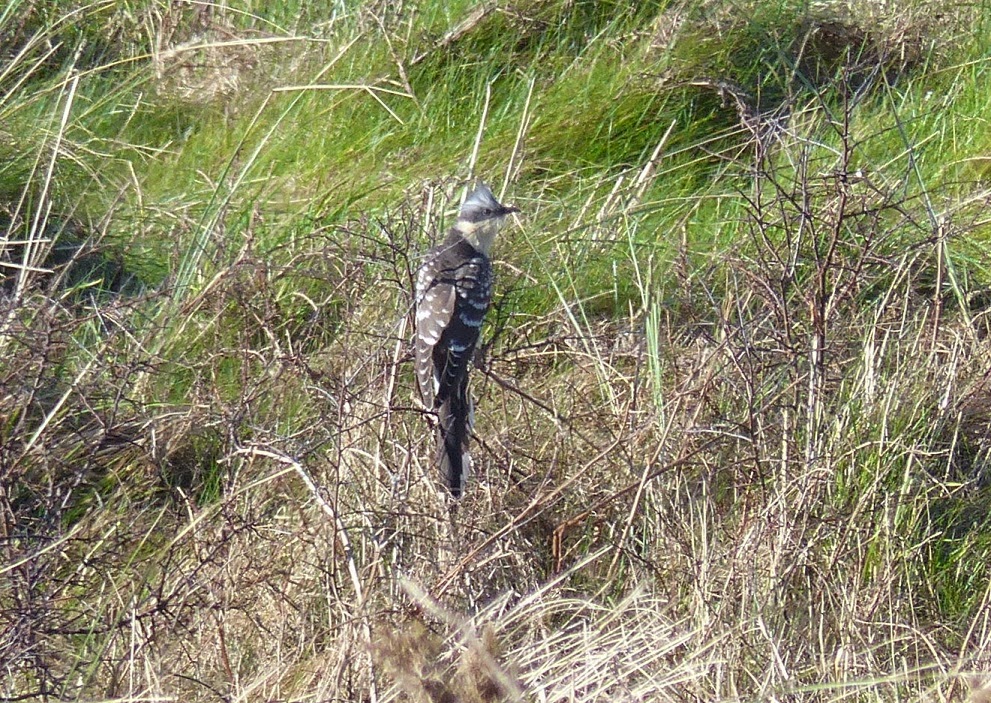 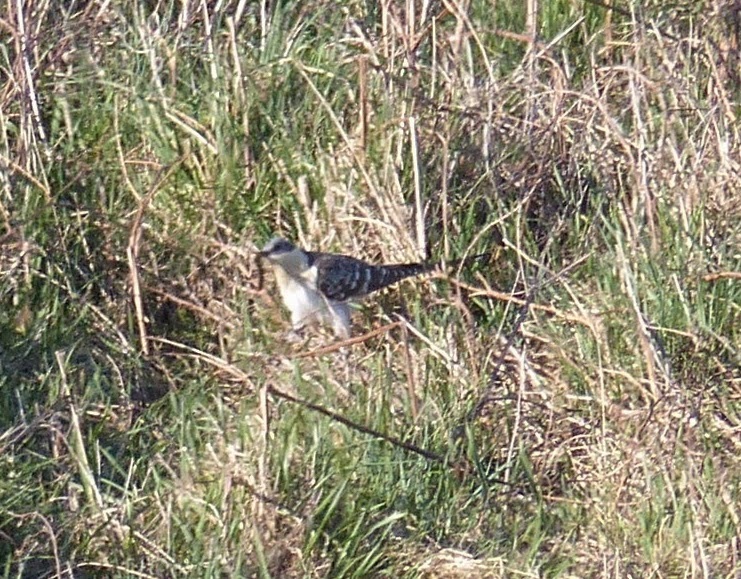 With a large caterpillar! Probably a Drinker Moth. 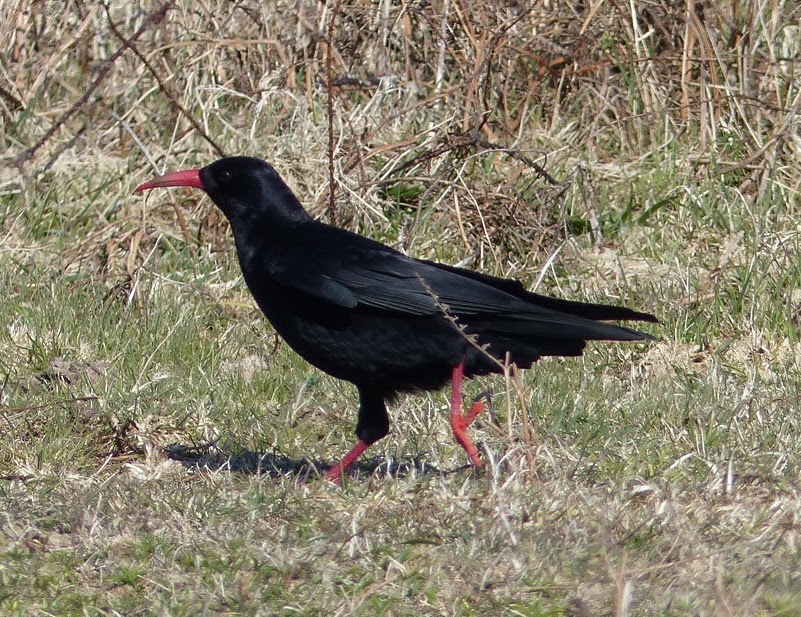 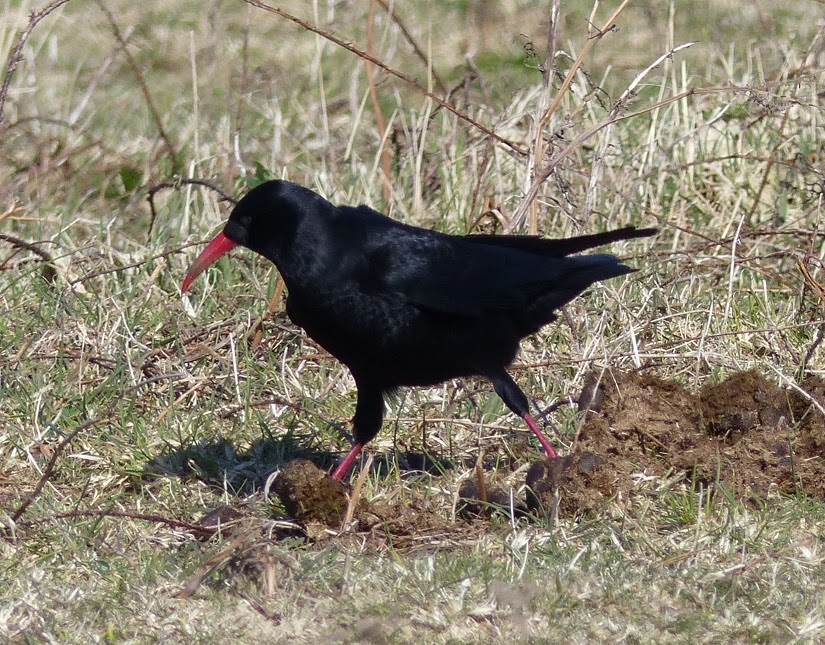 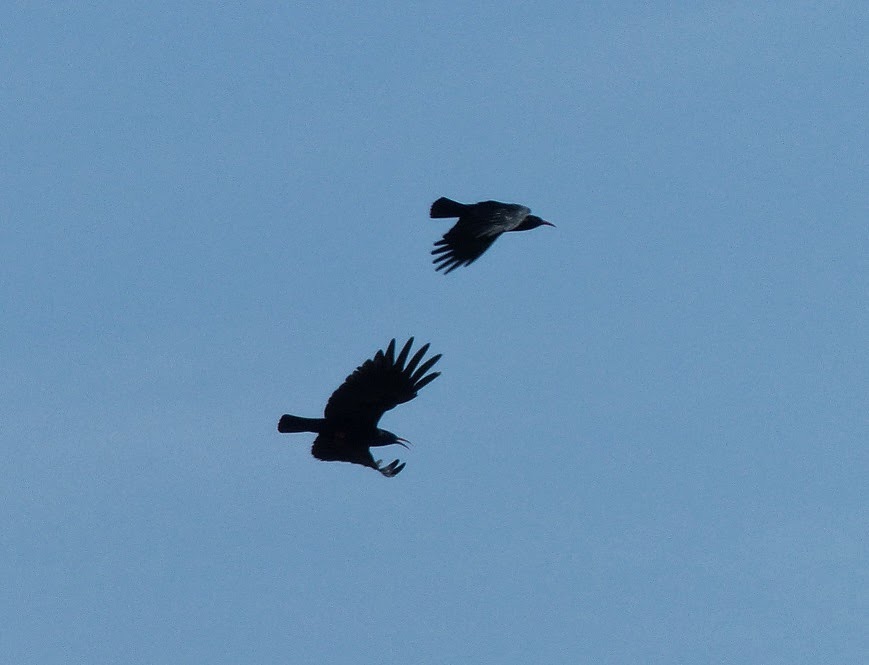 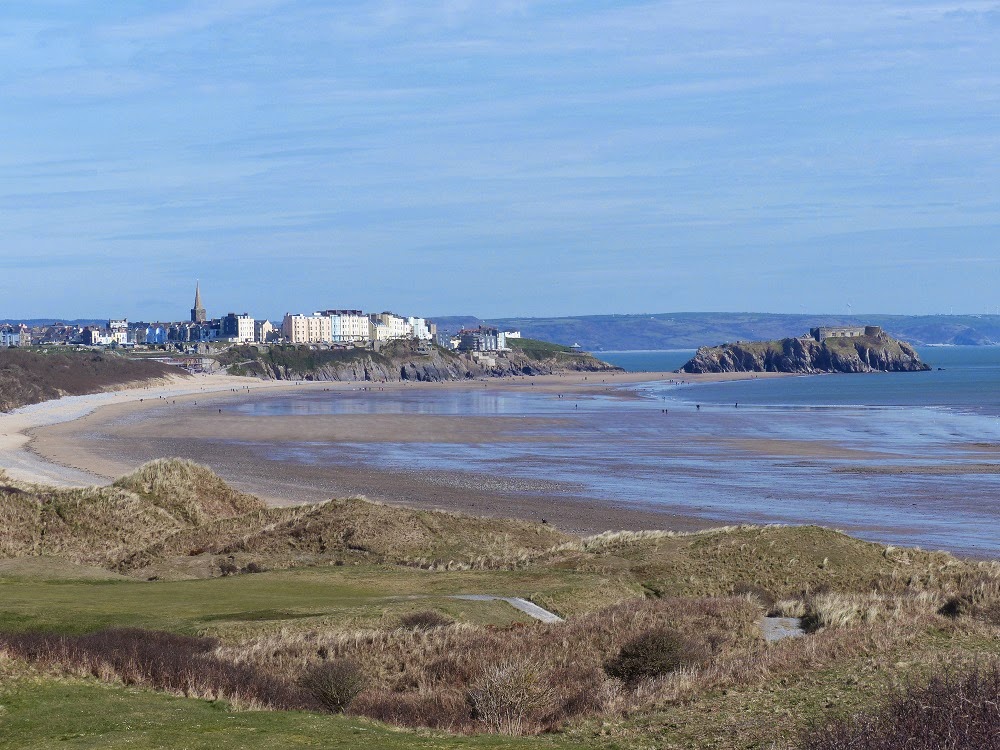