We risked the dire weather forecast for the south-west today and headed to Shirehill farm at Marshfield on the Wiltshire / Gloucestershire border. There has been a first winter male Red-flanked bluetail showing well for about five days along a swollen brook, which is the border between the two counties. It's a very unusual time of year for this species to be seen in the UK, though of course it may well have been in the country since the end of October which is the more usual time for them to occur.

The weather was great this morning, sunny with little more than a breeze, and the bird performed well, mainly staying in a hawthorn bush, but occasionally dropping onto the ground to feed. A really stunning bird, very similar to a Robin in many respects, but MUCH brighter and more colourful, especially in summer plumage. Red-flanked bluetail is one of those mythical birds which when you start birding you think you'll never see. That's what I thought 40 years ago, so today was a very special day!

I'm now getting dangerously close to joining the 400 club, so I've had a tidy up of my list and removed four species which technically shouldn't be on there, leaving me with the following: 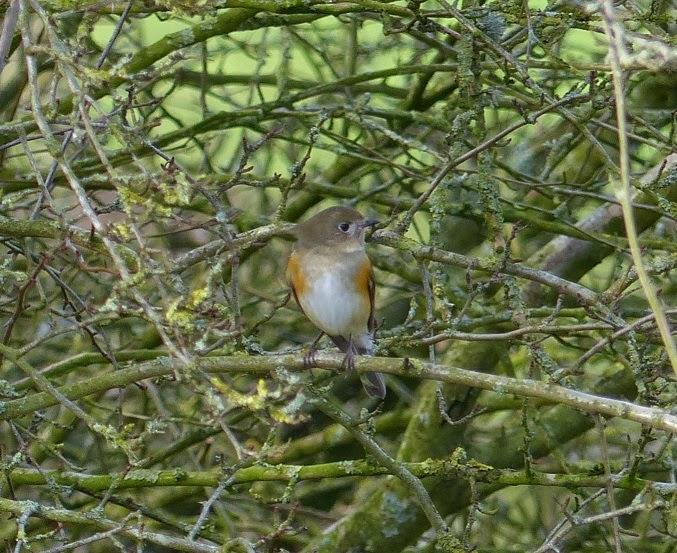 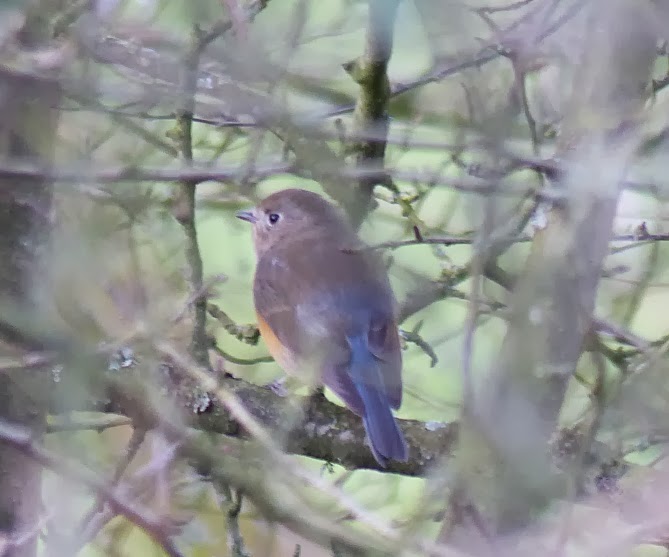 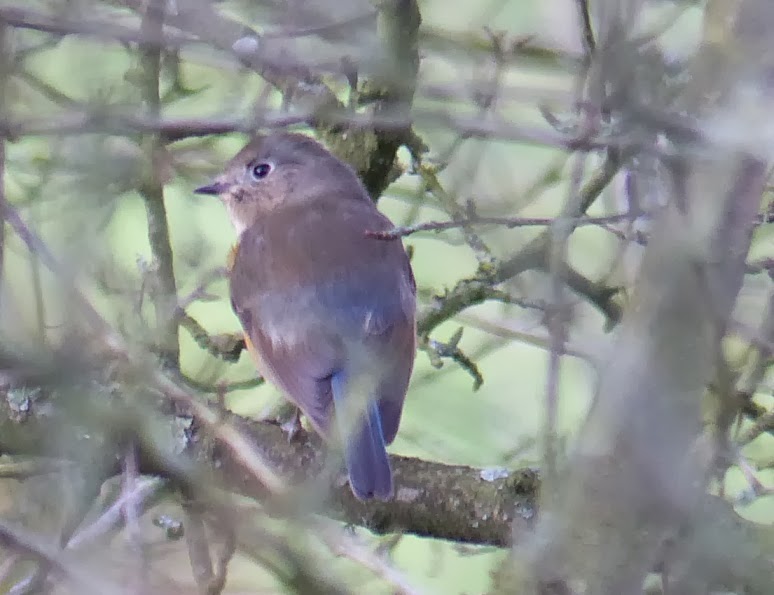 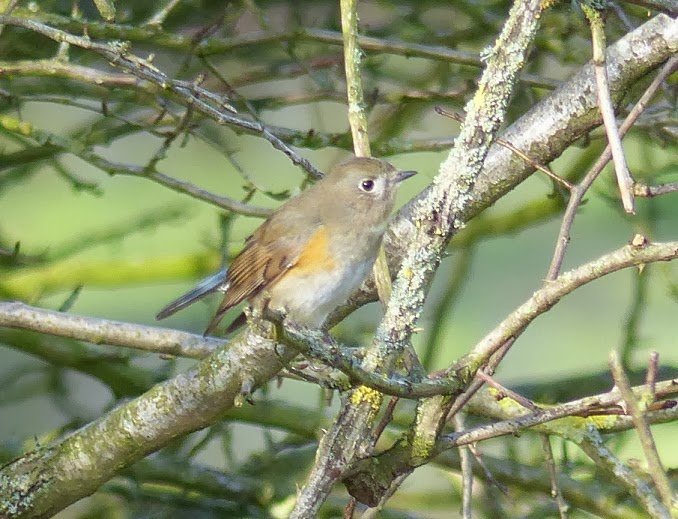 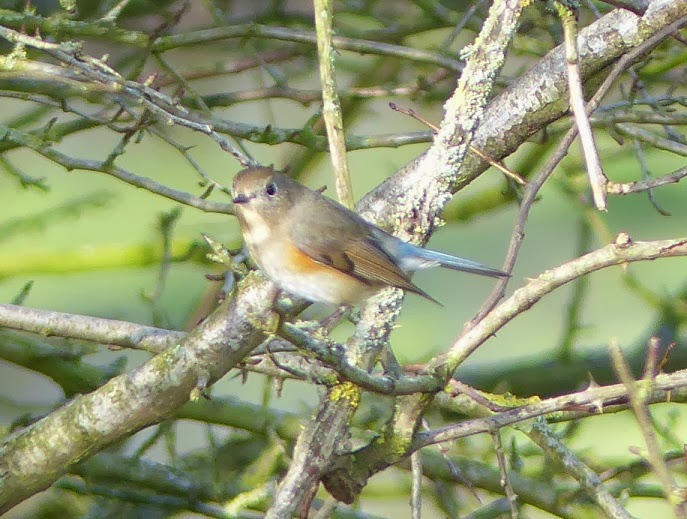 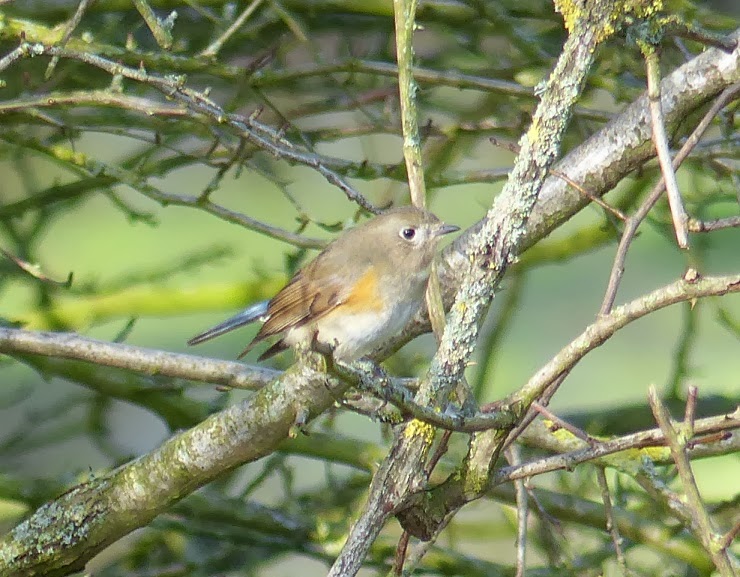 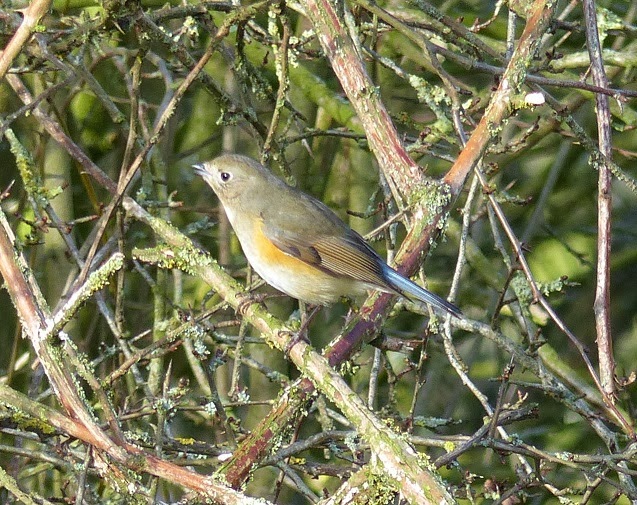 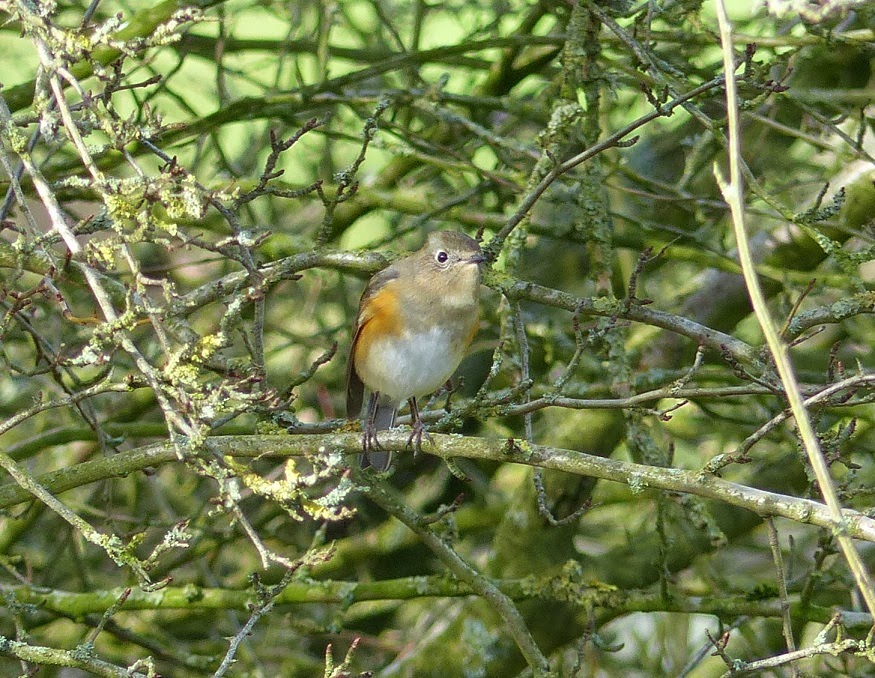 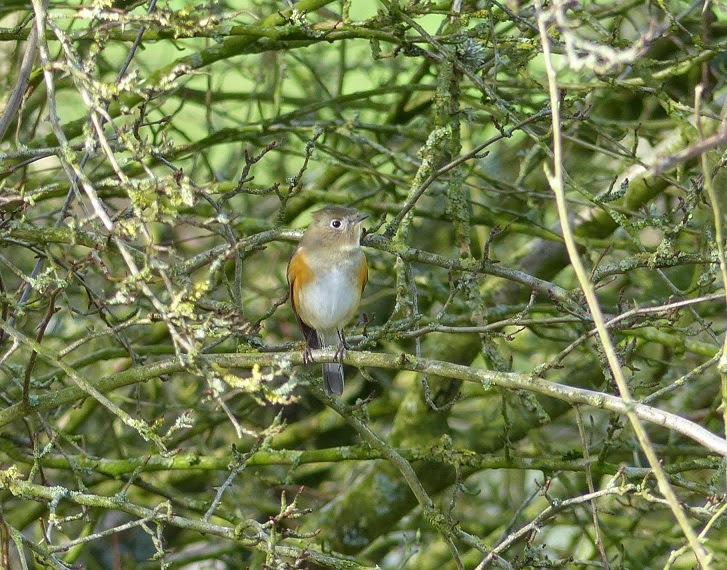 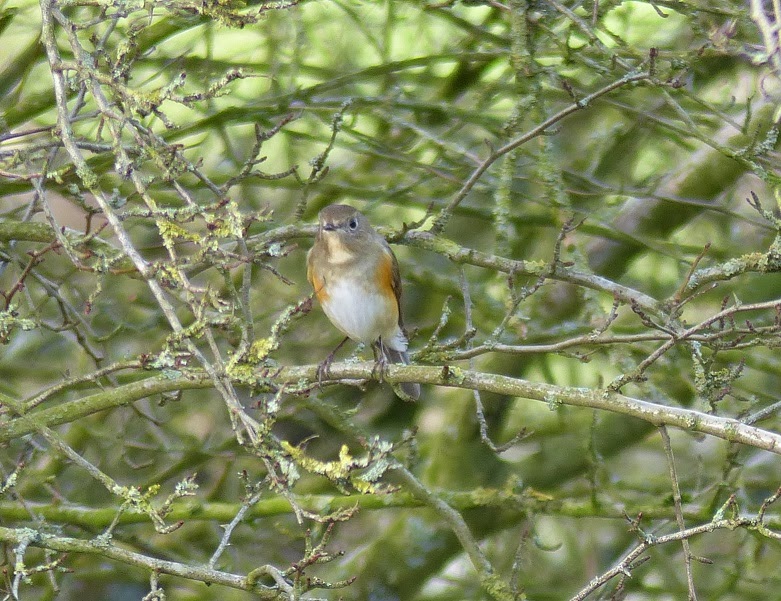 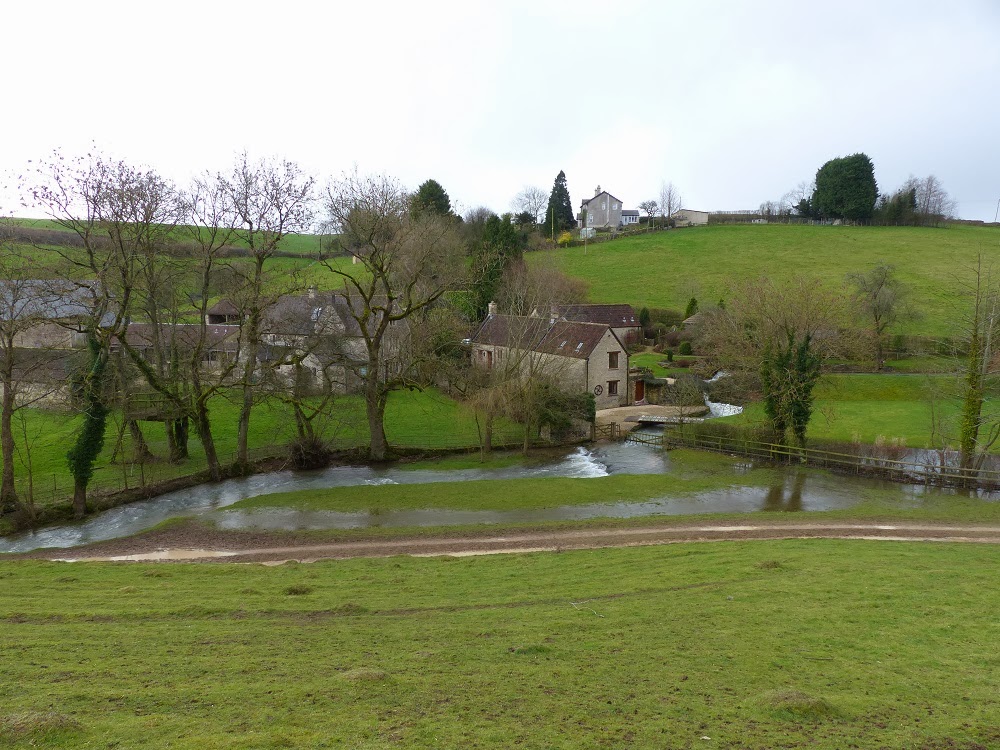 Shirehill Farm. What a beautiful place, and to think they now have Red-flanked bluetail on their garden list (at least two people from the farm were in the "garden" with binoculars while we were there and the bird does occasionally pop onto their side of the brook to feed).