An unbelievable day of excitement, Ray, Dave and I arrived at Flamborough Head at 9:15am in the rather optimistic hope that the Crag Martin which had been found yesterday morning but which had disappeared at lunchtime the same day would return, or at least be refound somewhere close by. However by 1:30pm it had become clear that the bird was not going to be refound, and we decided to head south towards Spurn Point, spurred on by the news of a Serin near the bird observatory there.

Not that the morning had been wasted, we spent the first hour or so watching a fabulous Tawny Pipit, only my second in the UK, and then we moved on to Bempton Cliffs where we had the usual stunning views of the vast seabird colony.

However by about 2pm we had travelled 20 miles or so towards Spurn when news broke that against all the odds, the Crag Martin had indeed been relocated, and suddenly all thoughts of Serin evaporated and we turned the car around and headed back to North Landing at Flamborough Head.

After a desperate dash on foot of over 3/4 mile  from an apparently ill chosen car park, following the scenic but knackering cliff top footpath, we finally came upon the bird flying around Thornwick Bay. Out of breath we collapsed on the bank at the top of the cliffs and found that we didn't even need our binoculars, with the bird showing incredibly well, at times down to just three or four meters. It was now a beautiful sunny afternoon.

Then after about 45 minutes it disappeared south, before being relocated again at North Landing, in fact right in front of where I had parked the car! We watched it for another hour or so, before retiring to the nearby pub, where occasionally we could still catch a glimpse of the bird when it cleared the top of the cliffs! Not a bad pub tick. 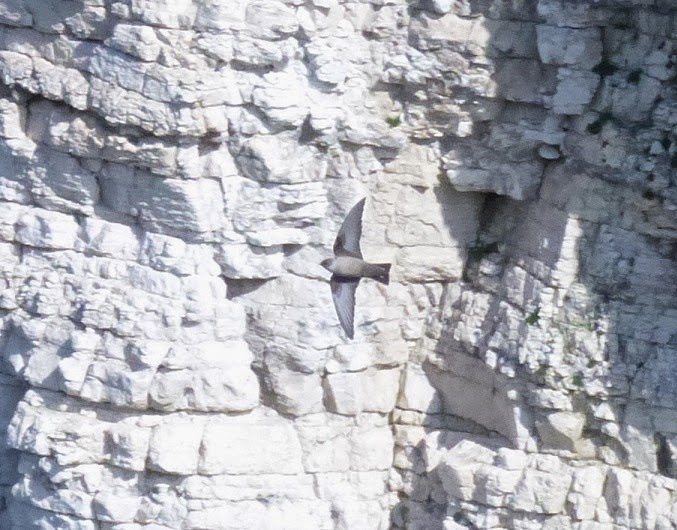 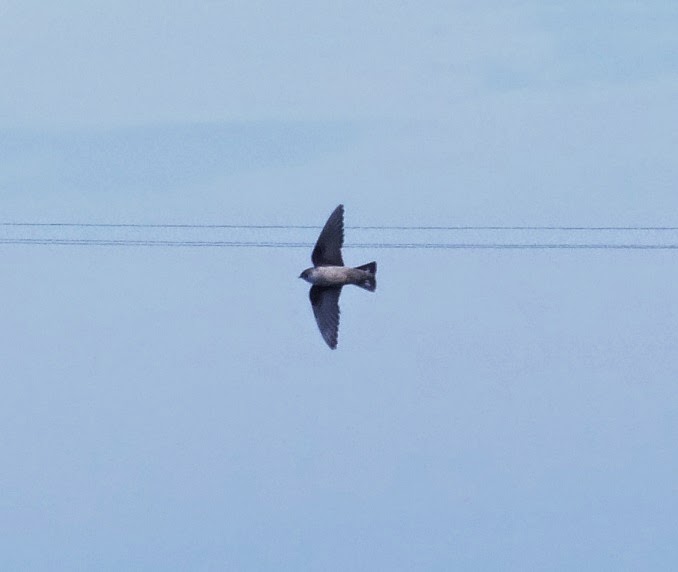 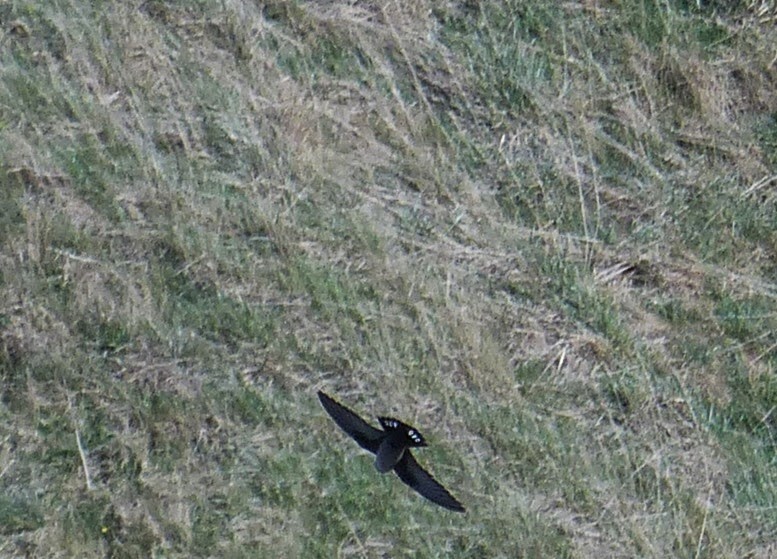 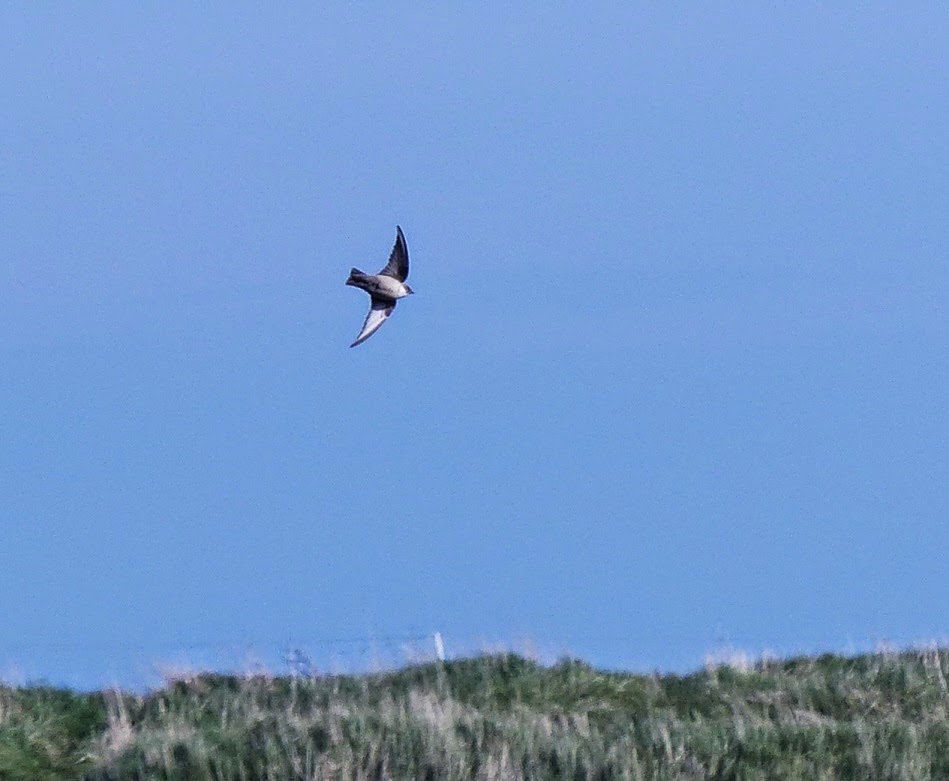 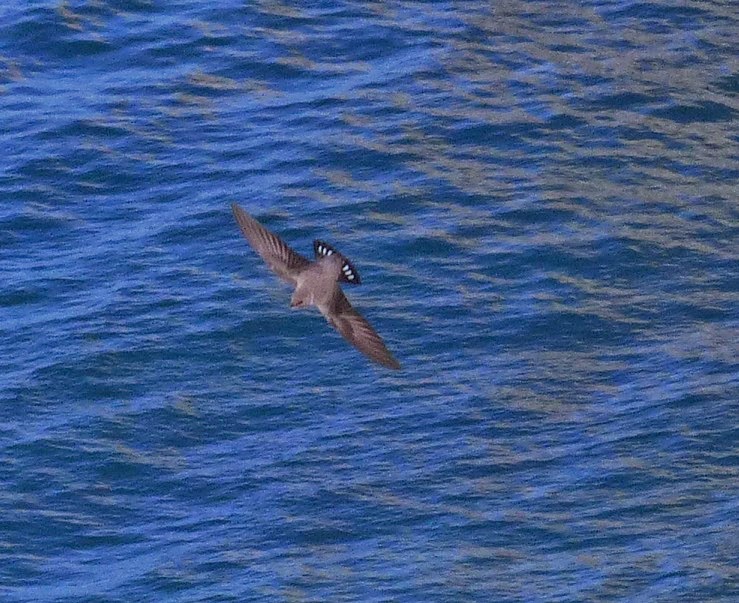 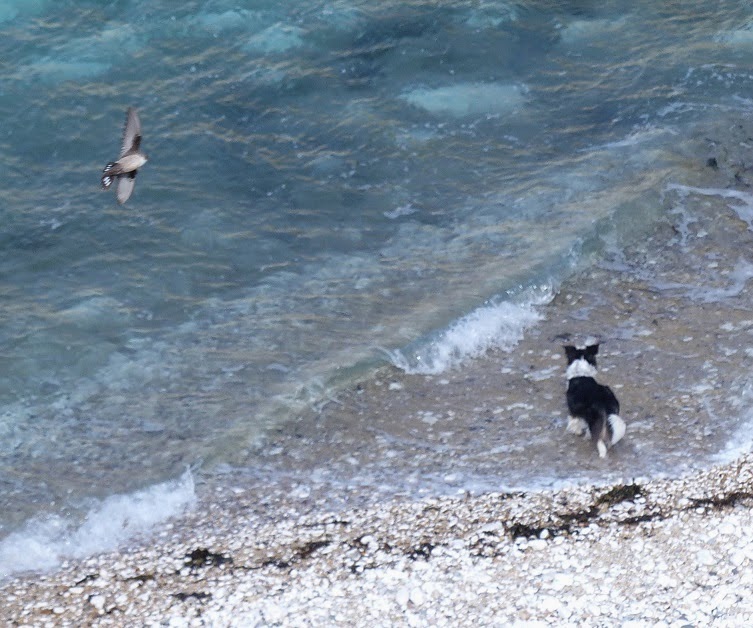 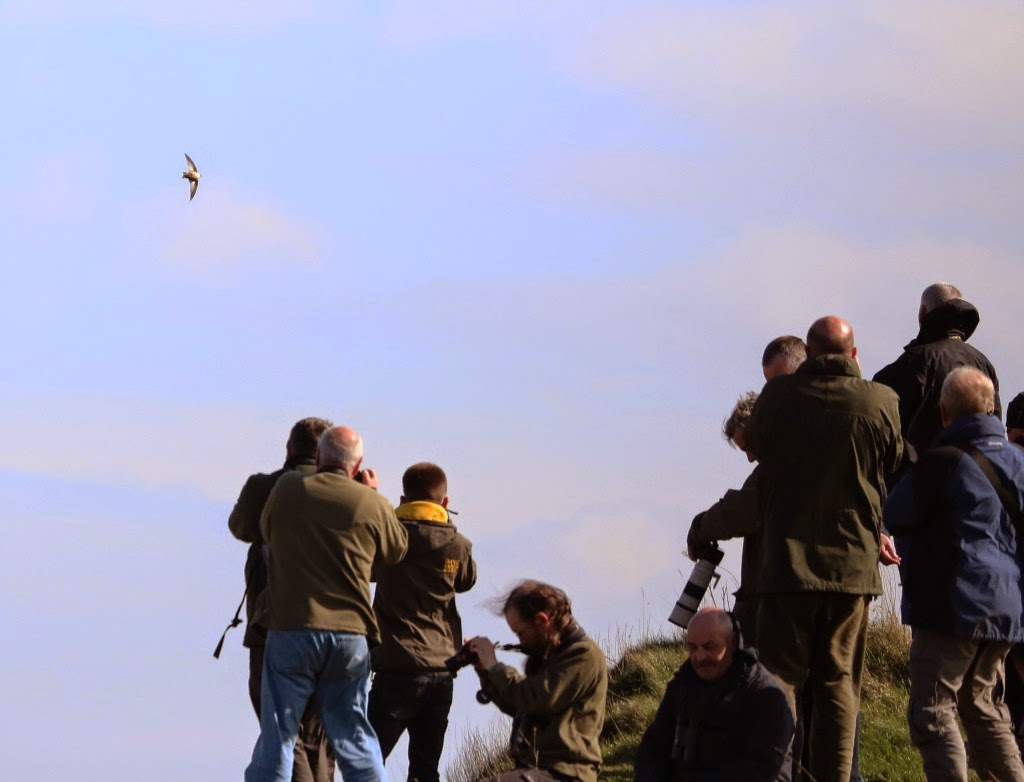 St Helens birders in action, trying to mingle with the crowd but clearly identifiable by the bald heads (Photo: R Baines). 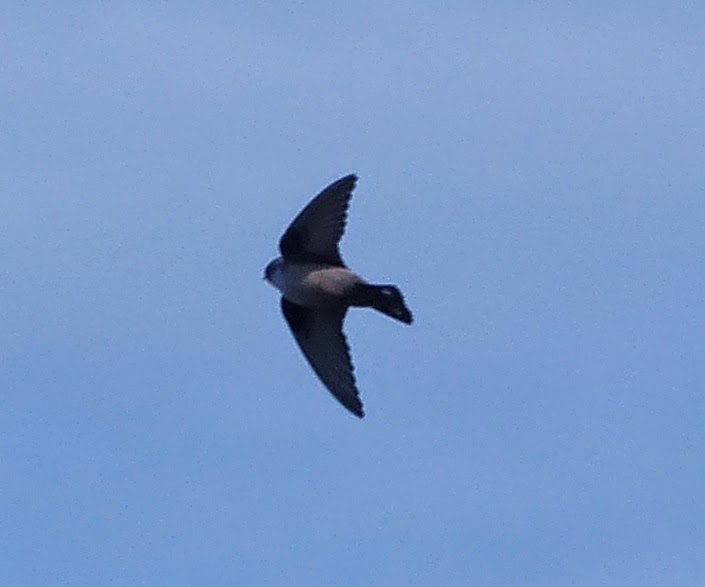 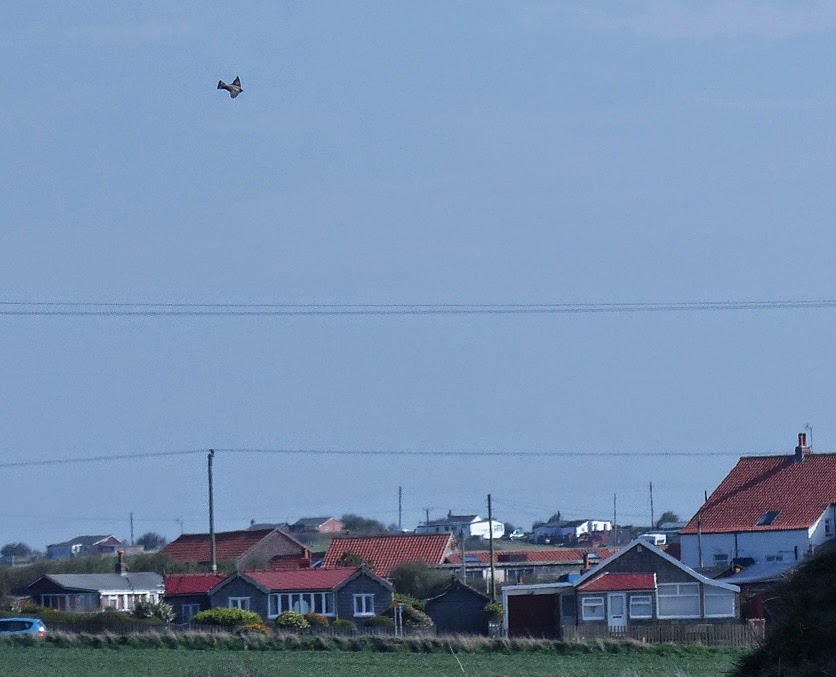 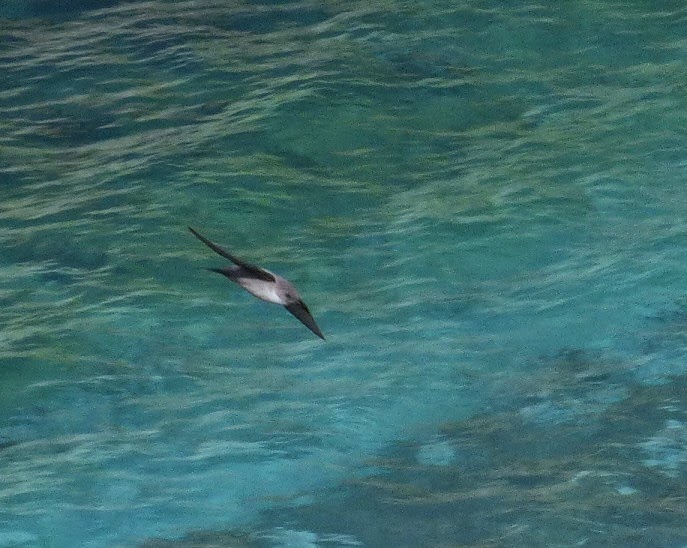 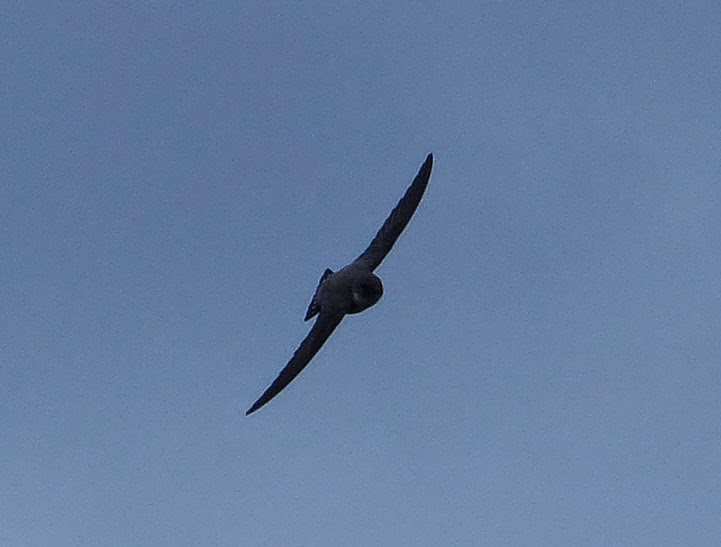 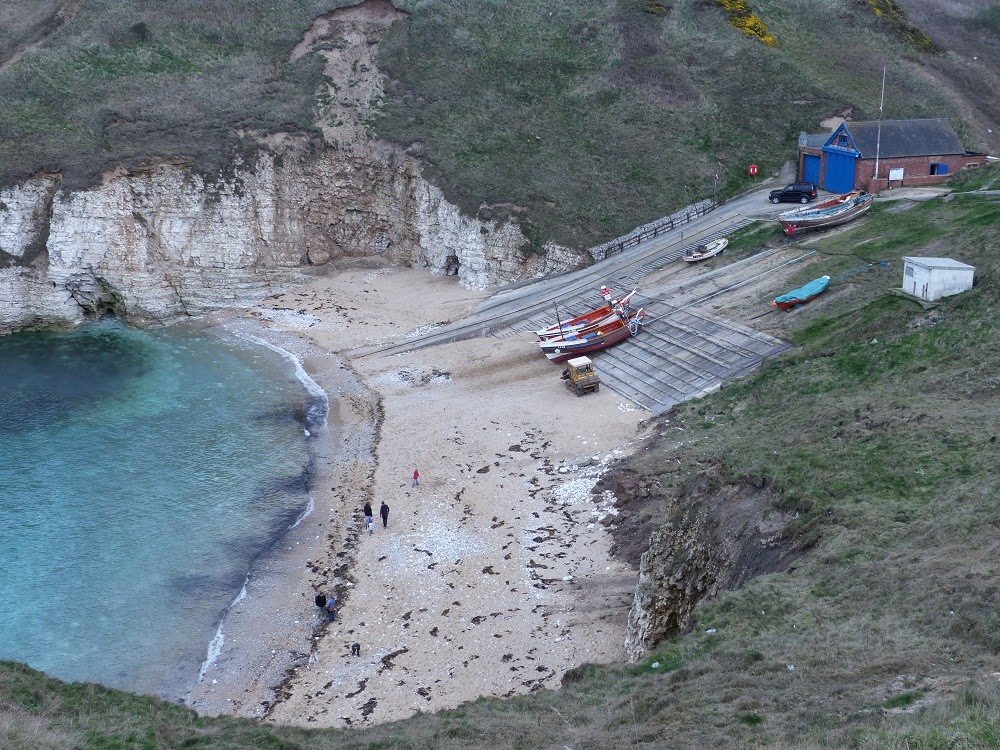 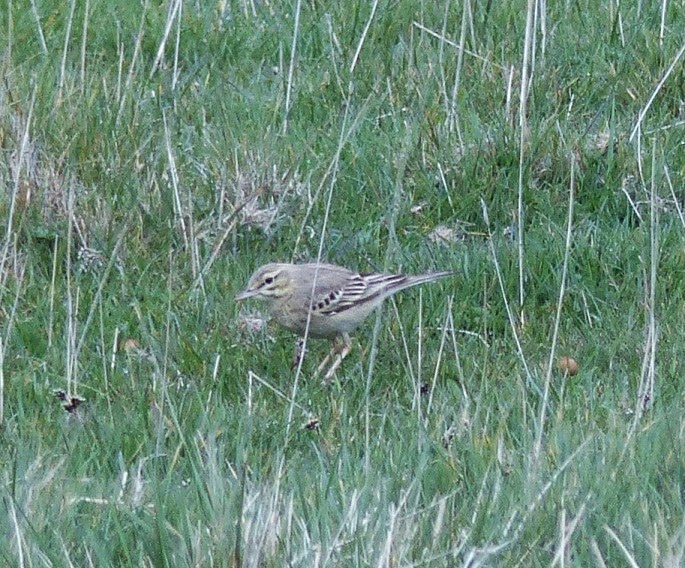 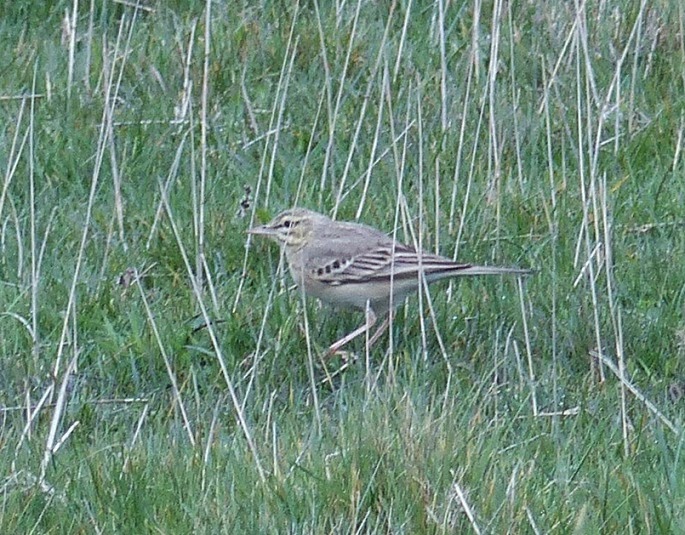 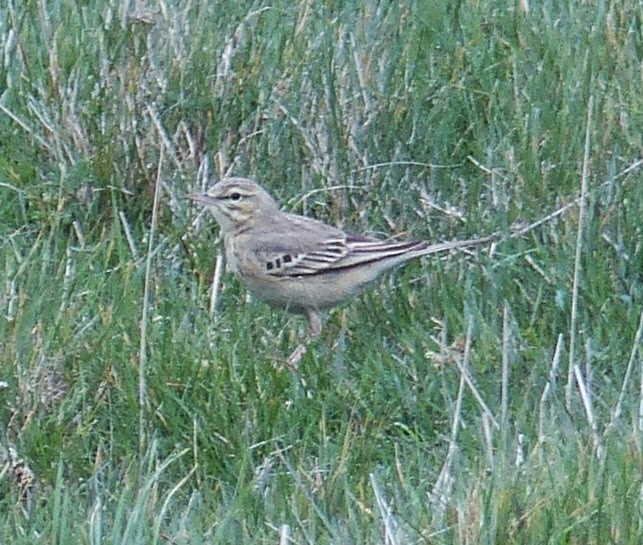 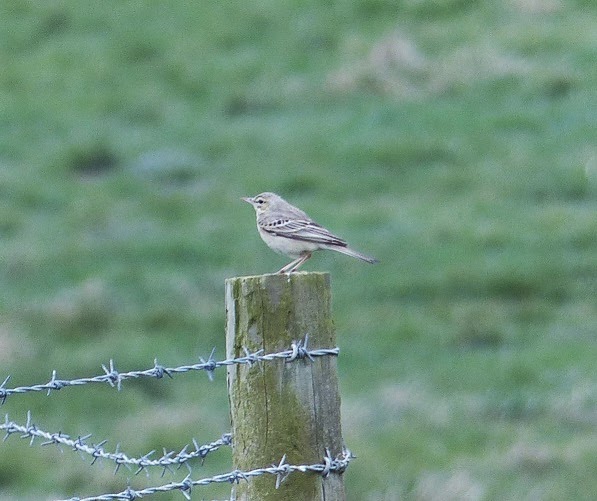 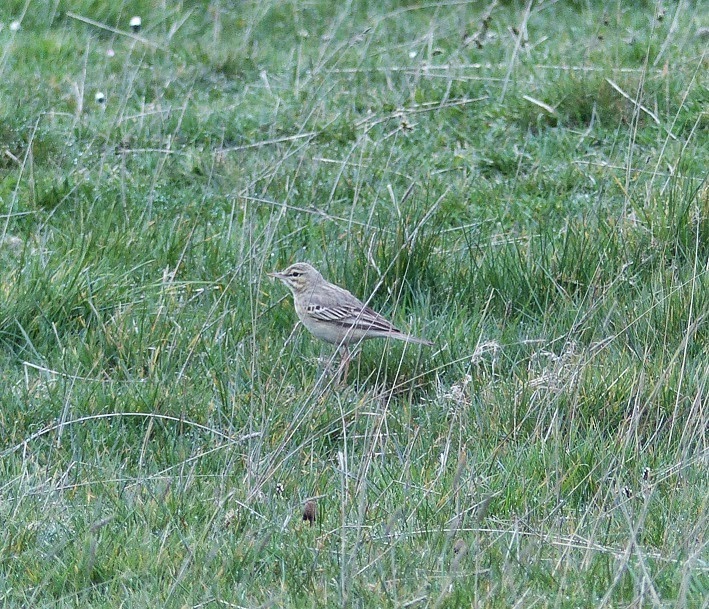