A mega day at Spurn

UK life: 401, year: 275 (masked shrike)
Having returned from Scotland just yesterday, I decided that today I was just going to potter around locally. However as usual, before I left for Eccleston Mere at 9:45, I checked the Birdguides app on my phone. My attention was immediately drawn to a report of an olive backed pipit at Spurn, which would be a new bird for me, but I didn't seriously consider going for it, even with a supporting cast of a woodchat shrike, because all I wanted was a nice quiet day, and I really couldn't face that drive. I continued to the mere.

By 10:30 I was racing back to my car. I had abandoned my visit to the mere even before I got to the south west corner; Spurn was suddenly back on the agenda, and it was the pipit that was now the supporting cast because the woodchat shrike had been upgraded to a masked shrike, only the third record for Britain! I wasn't certain if I'd misread the original message (a trait of the elderly) or if it had genuinely been originally reported as a woodchat shrike, but that didn't matter, because there was no doubt about the message on the app now.

I called in at ASDA and filled up with petrol, then shot home, made up a few sandwiches, a flask of coffee and grabbed my scope and just before 11:00 I was on my way to Spurn, 140 miles away on the east coast, cursing shrikes and pipits alike, and the fact that it was now almost midday and the journey would take two and a half hours even in good traffic conditions, giving me at best half a day at Spurn.

Fortunately the M62 was pretty clear and with no major hold ups, I arrived at the Crown and Anchor at Kilnsea near Spurn, at 13:30. There was a line of cars at the side of the road and I just pulled into the first available space and jumped out. There were two groups of birders. One group was watching the masked shrike, the other was watching a great grey shrike! I lifted my bins, and there was the great grey showing well, perched on a wire. And that was about as long as I spent watching it for now. My priority was to join the other group who were watching the star attraction. 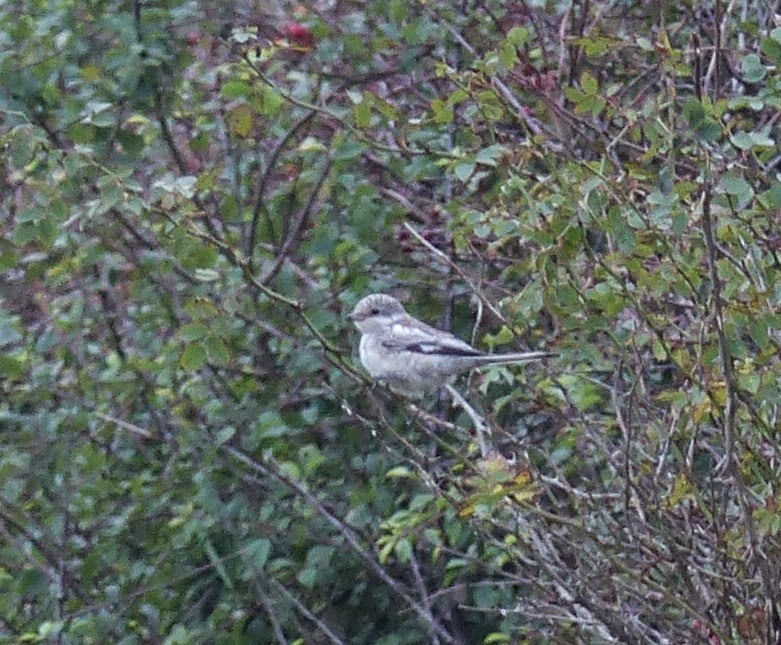 Immediately I saw it, the juvenile masked shrike perched on a wire fence about 100m away. A bit distant, but it was a good view through the scope and at least I'd seen it. I breathed a big sigh of relief, two minutes after getting out of the car and I'd seen two species of shrike! I could now relax and I settled down to watch it for a while.

I could see why it had initially been reported as a woodchat shrike, but it was clearly a smaller bird, with a slim bill and a relatively longer tail. For most of the time it kept a good distance away on the fence, but it did once make its way down the hedge near to where we were standing and came quite close for a while, though it was often hidden from view and we had to wait for it to fly down to the ground and then hope that when it returned to the hedge it would land in a more prominent position, which it didn't often do. Apparently that's a feature of masked shrike, they don't perch so prominently as other shrikes. 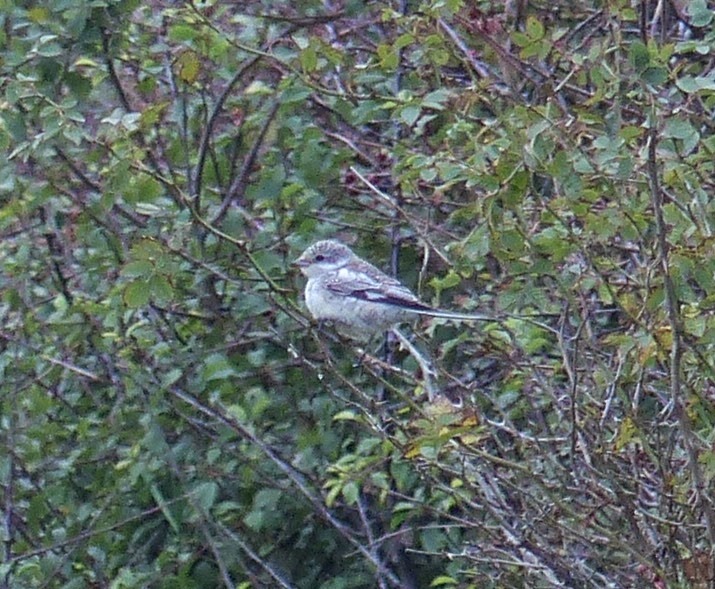 Eventually I had seen enough and headed off to see some of the other goodies on offer. First stop was the canal pool hide, where there was a very obliging jack snipe bobbing away on the edge of the pool. Probably the best view I have ever had of the species. Then I walked towards the Yorkshire Wildlife Trust shop where they had a migrant convulvulous hawkmoth on show, but not before stopping off to admire a probable Siberian lesser whitethroat (my second of the year). 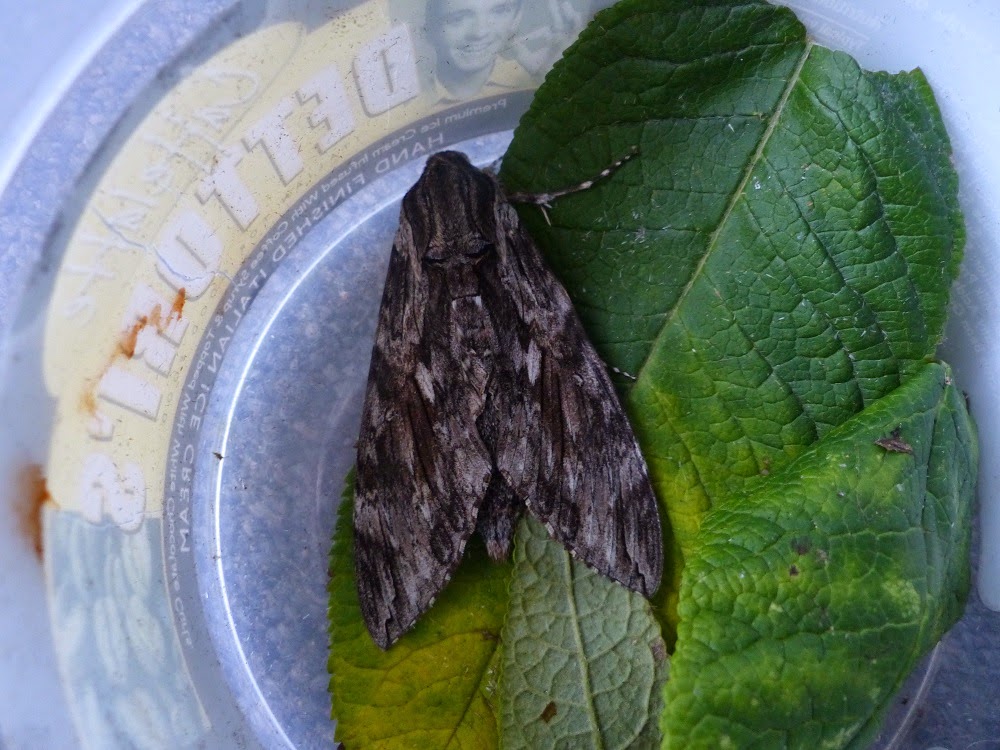 Convulvulous hawkmoth. This individual was about 2.5 inches long. 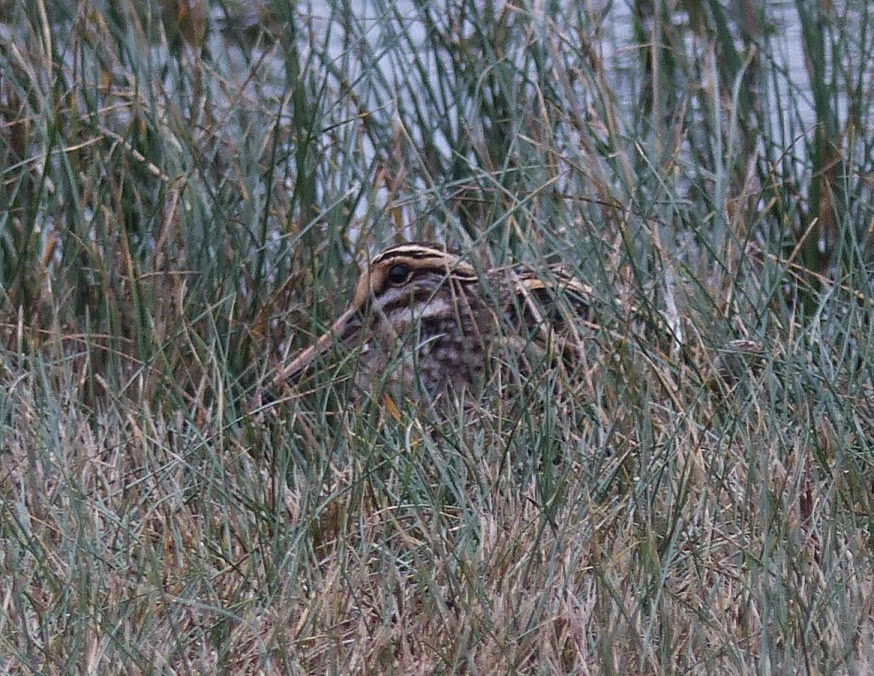 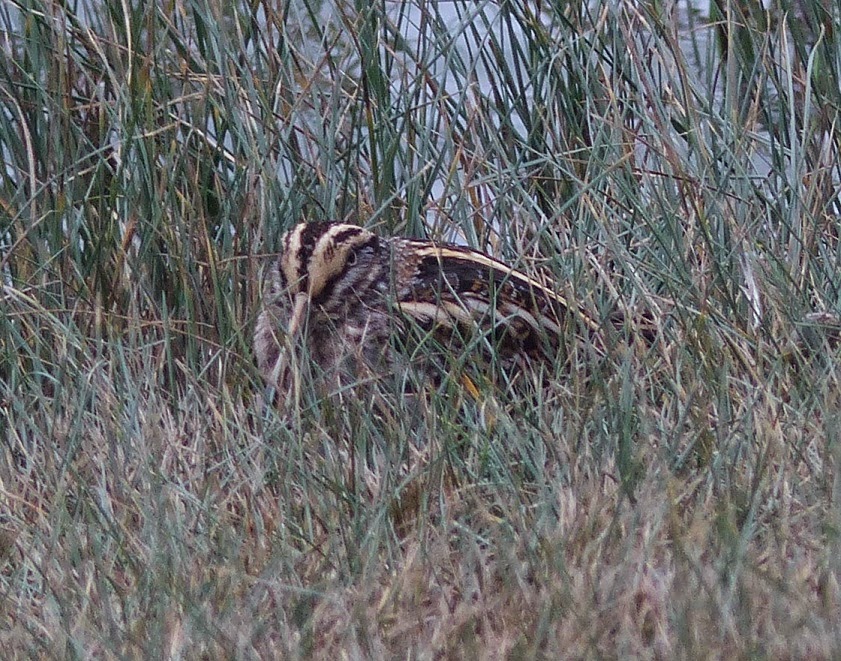 It had been a dull, misty, drizzly afternoon on the east coast and by 17:30 it was getting dark so I decided to call it a day, but not before I called in at Vicars lane in Easington to see a yellow-browed warbler. I was home for 20:15. What a day!

I have seen masked shrike once before, a stunning male in North East Greece in 1987. Like last week at Burton Mere Wetlands, it just shows what a good year I've had when I can go to Spurn on a day like today and return with just one year tick! Oh, and what of the olive-backed pipit I hear you say? Apparently it was seen flying south before I got to Spurn, so nobody was really looking for it. A pity really, because it was seen again in the same place the following day, so clearly hadn't flown very far south! Oh well, one for another day.